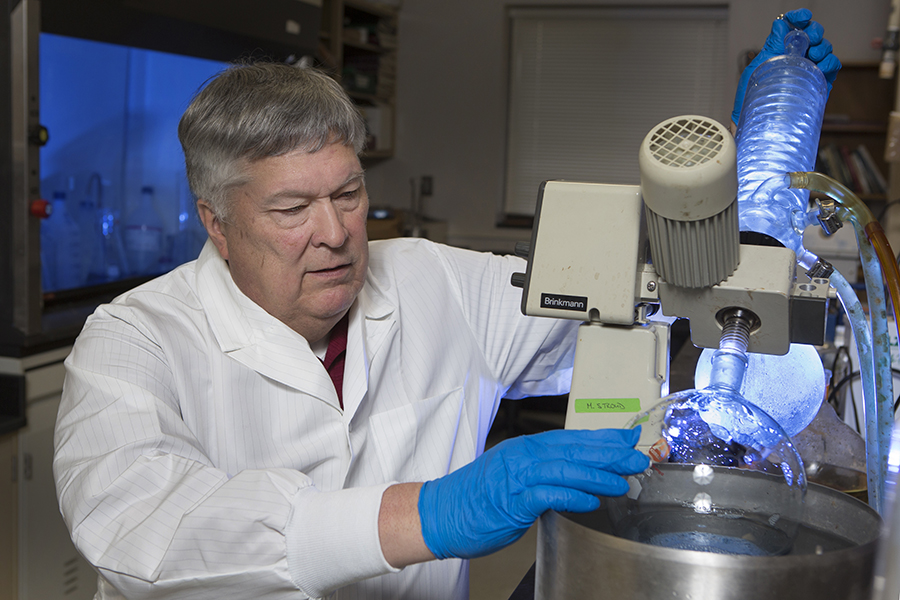 Congratulations to Assistant Vice President for Research Eric Holmes, who has been named to the National Academy of Inventors in recognition of his decades-long contributions to the biomedical field through academia and the corporate world.

Dr. Holmes is a member of the Institute for Successful Longevity’s Joint Advisory Board.

“We are thrilled for Dr. Holmes to receive this distinction,” said Vice President for Research Gary K. Ostrander. “Dr. Holmes is always thinking about inventive ways to transfer basic research to the bedside. And after 33 years, he shows no signs of slowing down. Our office has derived significant benefit from his real-world experience relative to patents, licenses, start-ups and even taking companies public.”

Holmes has served as assistant vice president for Research since 2011. He has a long and distinguished career in both the private research sector as well as academia. He has written 93 peer-reviewed publications and patented 23 technologies — 21 of which were licensed to drug companies. He also co-founded Northwest Biotherapeutics, a public company focused on immunotherapy as a treatment for cancer. His research has largely focused on cancer, but more recently he has looked at antiviral therapeutics for viruses such as Zika.

“It’s very kind of NAI to recognize my work in this way,” Holmes said. “Research is about solving problems. You do it to get answers and along the way opportunities for practical applications appear that can do some good. They need to be pursued, too.”

The NAI Fellows program recognizes academic inventors who have facilitated outstanding inventions that have made a tangible impact on quality of life, economic development and welfare of society. To date, NAI fellows hold more than 42,700 issued U.S. patents, which have generated more than 13,000 licensed technologies and companies and created more than 36 million jobs.

The 2020 Fellow class represents 115 research universities and governmental and nonprofit research institutes worldwide. They collectively hold over 4,700 issued U.S. patents. Among the 2020 Fellows are 24 recipients of the National Academies of Sciences, Engineering, and Medicine, six recipients of the American Academy of Arts & Sciences, and two Nobel Laureates, as well as other honors and distinctions.