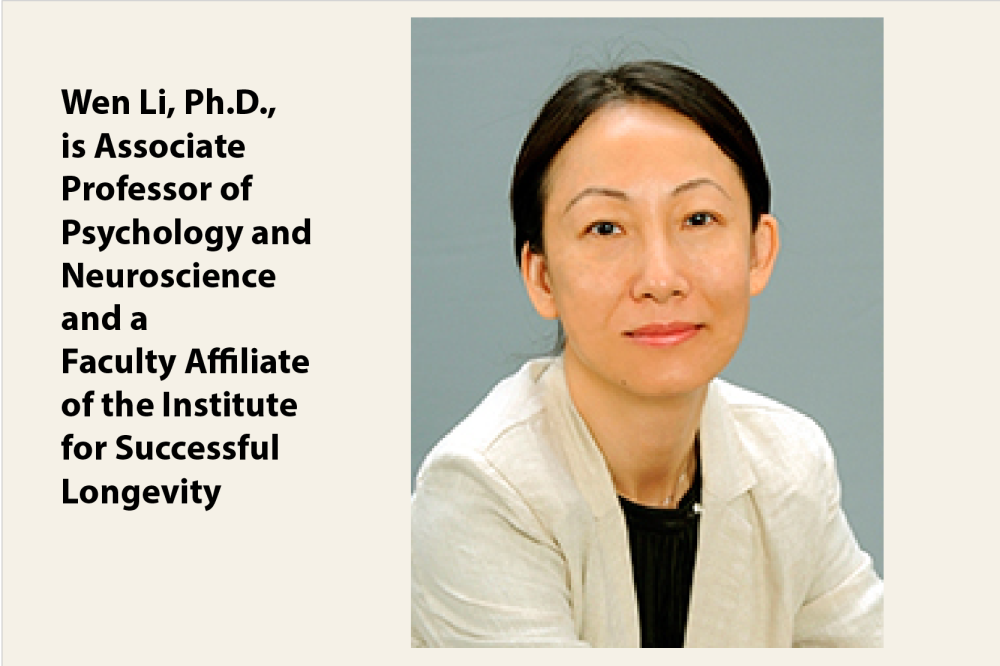 Florida State University researchers have identified a link between two key parts of the brain that play significant roles in conditions such as Alzheimer’s disease, post-traumatic stress disorder, schizophrenia and depression.

Associate Professor of Psychology and Neuroscience Wen Li, who is a Faculty Affiliate of the Institute for Successful Longevity, and psychology doctoral candidate Kevin Clancy found that stimulating the system in the brain that deals with attention and imagery also enhances the efficiency of what’s called the default mode network, a key part of the brain’s functional organization. The default mode network is disrupted in a host of neurological disorders.

Their study was published in the Proceedings of the National Academy of Sciences of the United States of America.

“This research has significant implications for so many different disciplines of science,” Clancy said. “From a cognitive neuroscience perspective, the brain activity we targeted is implicated in a range of core human mental faculties, such as consciousness, self-awareness, attention and memory. Our ability to directly manipulate this brain activity could afford greater insight into how these mental processes unfold. From a clinical perspective, disruption of this neural activity has been implicated in the development and maintenance of various severe neuropsychiatric disorders.”

The brain’s functioning is organized by intrinsic inter-regional connectivity, which is how the different regions of the brains interact, and inter-neuronal synchrony, which is the simultaneous activation of neurons in multiple areas of the brain. These processes are represented by the brain’s default mode network and alpha oscillations — or neural activity associated with attention and imagery — and these systems are mechanistically linked.

This work was made possible through use of Florida State University’s functional magnetic resonance imaging facility. The top-of-the-line neuroimaging facility fosters cutting-edge research and collaboration among the fields of neuroscience, psychology, medicine and engineering.

Li and Clancy utilized the main components of the fMRI facility, including a Siemens Prisma scanner and a high-density EEG/ERP system, which stands for electroencephalography and event-related potential. EEG is a method that records a brain’s electrical activity through sensors on an individual’s scalp that detect brain activity underneath, and ERP is the measured brain response resulting from a stimulus. These methods help capture neural activity related to sensory and cognitive processes, and Li and Clancy further integrated transcranial stimulation with MRI-EEG recordings.

Providing transcranial stimulation while concurrently measuring brain activity and response to the stimulation is a delicate process, as participants must be kept comfortable in the scanner while attached to various electrodes and sensors.

“Achieving this kind of technical sophistication and rigor within simultaneous recordings is a great accomplishment. While these are effective techniques on their own, the study would lose its power if these methods were not conducted at the same time,” said Li, who played a major role in the design and establishment of this powerful protocol at the MRI facility. “Kevin was ingenious in the ways he set up the electrodes for stimulation and the cap for recordings in order to keep participants comfortable.”

The technology used in this research acts directly on the brain, and this neuromodulation technique is cost-effective, ambulatory or outpatient, and does not require significant training to administer. Clancy hopes that this work can help establish a bridge between community-based mental health and interventional psychiatry to facilitate accessibility of high-quality, evidence-based mental health treatments.

“I’m currently writing grant applications for further research in this area — we want to apply these findings to post-traumatic stress disorder and chronic pain,” Li said. “Eventually, we hope to investigate this link’s effect on Alzheimer’s and additional neuropsychiatric disorders.”

This work was supported by funding from the National Institutes of Health.