To make the distinction as brief as possible, Experimental Economics is best viewed as a methodological approach, a “tool-kit” if you will, to doing economics, while Behavioral Economics is more appropriately considered a research program defined by a particular set of assumptions about human economic behavior (specifically, Behavioral Economics asserts that the traditional economic model of the fully-rational consumer-producer is incomplete and can benefit from insights of other disciplines such as psychology, anthropology, sociology, and philosophy).

Experimental Economics is a way of investigating economic phenomena using, well, experiments. Quoting noted animal pathologist W.I.B. Beveridge in his book The Art of Scientific Investigation, “An experiment usually consist in making an event occur under known conditions where as many extraneous influences as possible are eliminated and close observation is possible so that relationships between phenomena can be revealed.” For experimental economists, the first line of that control is the economics or political science laboratory, where real economics or political environments (markets, voting committees, and so forth) are created under controlled conditions. A typical study may involve the analysis of “treatments” or changes in the controlled conditions. For example, to take an example first studied many years ago, a controlled condition would be a series of laboratory sealed-bid auctions. A treatment would be a question such as “Does it matter whether the amounts of all of the losing bids are publicly announced?” (By the way, the answer appears to be “Yes.”) In related exercises, those same controlled environments can be moved to “laboratories” outside a typical university setting (“lab-in-field” experiments). Furthermore, researchers can likewise sacrifice some some amount of control to conduct true “field” experiments. (Indeed, the U.S. Treasury has conducted field experiments on different types of auction procedures for their debt auctions.) In many parts of policy analysis today the “gold standard” (or some may say the “Holy Grail”) is the perfectly reproducible, perfectly randomized field experiment.

As in any innovation (think of the question, “Who actually invented television?”), there are numerous ancestors of modern Experimental Economics, including economists, sociologists, and psychologists. But the Nobel committee surprised virtually no-one in singling out Prof. Vernon Smith as deserving of pioneer status in the discipline. But, as an emphasize to the fact that Experimental Economics is a method of inquiry one can note that at least three other Nobel Laureates in Economics (Alvin Roth, Elinor Ostrom, and Reinhard Selten) have used experimental methodology in their work.

On the other hand, as mentioned above, Behavioral Economics is defined not so much as a method but rather as a world-view. As a great many undergraduate Principles of Economics students (the vast majority of whom never become economists) can probably still recall, standard economic theory assumes rational consumers who act as though they are maximizing some personal utility function and rational firms who act as though they are maximizing profits. Behavioral Economics doesn’t rule out these possibilities, but it allows for a richer set of assumptions (many important from other disciplines). These include both broader definitions of preferences and profits (to capture, for example, altruistic behavior) and also direct challenges to postulates of rationality. For example, standard economic theory says that an individual’s choices should not be affected by such “frames” as the order in which options are listed. Behavioral Economics says….maybe they are. Maybe, for example, it matters whether your employer’s paperwork for optional retirement plans has an “opt-in” or an “opt-out” default.

At this point, Experimental Economics and Behavioral Economics sound like two very distinct concepts. Why, then, are they so often discussed together? I believe that it is because many “behavioral” (e.g. not predicted from classical economic theory) regularities have been found to be robust predictors of human behavior in experiment research both in laboratory experiments and in field experiments. One of the first such regularity was that individuals do not “free-ride” in cooperative situations as much as predicted by standard theory (A finding, by the way, that experimental sociologists were among the first to document). This has been replicated scores if not hundreds of times. Likewise, if you have a brownie and offer me a small piece of it, will I accept, or will I decide to consume none of it rather than accept your unequal split? In the laboratory, we have found that the answer is not simple at all, and depends upon such complex interactions as how you and I got to this situation, how you frame the question “Would you like part of my brownie?”… how other options “frame” the situation, and so forth.

The Nobel Committee’s discussion of the prizes to Kahneman and Smith can be found at http://www.nobelprize.org/nobel_prizes/economic-sciences/laureates/2002/advanced-economicsciences2002.pdf.

The applicability of experimental and behavioral research to older adults is potentially fruitful along many dimensions. Some research that is not necessarily codified as “young” or “old” can have direct application to issues that are nonetheless important to older adults. This would include research on how anyone responds to issues of risk or of ambiguous future probabilities. Another example, mentioned above, is how default values can influence individual choices. Secondly, most experimental and behavioral research has been conducted on young-to-mid-age adults. The robustness of standard findings when older adults are the decision makers is a wide-open area for further investigation. Finally, special problems of older adults, in areas such as cognition, memory, or decision making have the potential to draw experts from economics and political science with into the more traditional disciplinary homes of these questions, such as psychology and medicine. Among the issues that might be explored are how to help older adults make better decisions in complicated situations involving health and risk. Choosing among Medicare D plans is a classic example already studied by behavioral economists. But, paradoxically, another possible avenue might be how to protect older adults, in special situations such as investing pitches, from the very behavioral “nudges” that have become famous in Behavioral Economics (framing, order presentation, default, and so forth). 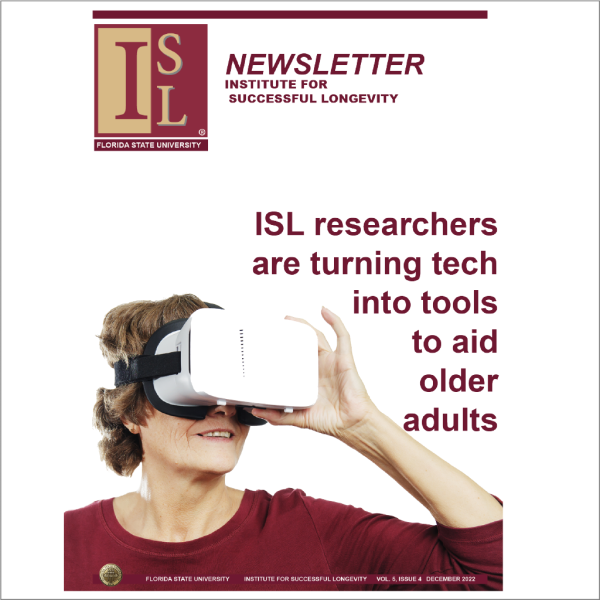