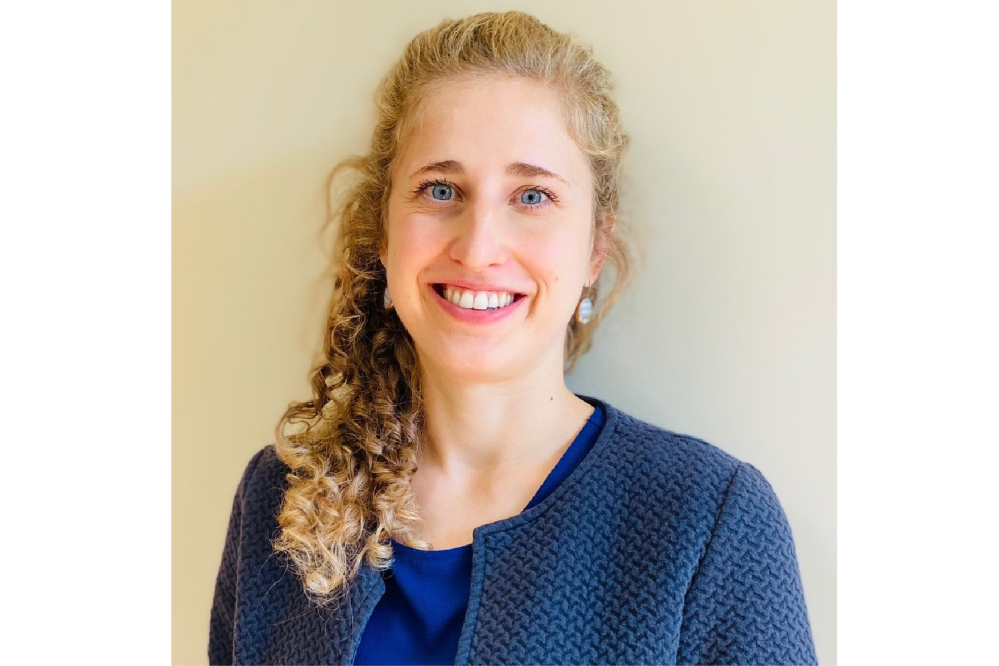 By DAMARIS ASCHWANDEN, POST-DOCTORAL RESEARCHER, DEPARTMENT OF GERIATRICS
Damaris Aschwanden, Ph.D., is a post-doctoral researcher in FSU's College of Medicine and works in the LPC Lifespan Lab with Professor Antonio Terracciano, Professor Angelina R. Sutin and Assistant Professor Martina Luchetti. All are Faculty Affiliates of the Institute for Successful Longevity. You can watch Dr. Aschanden’s recent ISL Brown Bag talk on her research at https://www.youtube.com/watch?v=oUyNsbQC6NY.

In the United States, more than 6 million people aged 65+ years have Alzheimer’s disease, the most common type of dementia. Although age is the strongest known risk factor for dementia, it is not an inevitable consequence of biological aging. Some people are more likely to develop dementia, while others are less likely to do so. While there are many factors involved, personality is one and shapes how we cognitively age — as our research team and others have shown.

Personality refers to individual differences in general patterns of thoughts, feelings, and behaviors. For example, some of us find it hard to keep our negative emotions under control, while others find it easy to be disciplined and organized. These tendencies can be organized in a conceptual framework that consists of five basic personality traits, the so-called Big Five or Five-Factor Model. The five traits are known as neuroticism, extraversion, openness to experience, agreeableness, and conscientiousness. Briefly, people with higher neuroticism tend to worry and ruminate to a great deal. People with higher extraversion tend to be outgoing and find it easy to make new friends. People with higher openness tend to be eager to learn new things and enjoy new experiences. People with higher agreeableness tend to be trusting and altruistic, while people with higher conscientiousness tend to be disciplined and organized. It seems logical that some dispositions might be more prone to developing cognitive impairment—and indeed, many scientific studies suggest this to be the case.

In a meta-analysis (published in the journal Ageing Research Reviews), our research team combined the findings of multiple studies to derive a summary estimate and draw more robust conclusions. We first searched the scientific literature for appropriate studies. For each personality trait, we then conducted a separate meta-analysis including up to 12 studies with over 30,000 participants.

Our findings show that people who tend to worry and ruminate (high neuroticism) have a 24% increased risk of developing dementia. In contrast, those of us who tend to be disciplined and organized (high conscientiousness) have a 23% reduced risk of developing dementia. These associations accounted for age, gender, race, ethnicity, and levels of education as well as depressive symptoms.

People who tend to be outgoing (high extraversion), enjoy new experiences (high openness), and altruistic (high agreeableness) also have a reduced dementia risk — although to a weaker extent (~10%) — and these associations did not hold when accounting for depressive symptoms (this means, depressive symptoms washed out the effects of extraversion, openness, and agreeableness on dementia risk).

While our study demonstrates that higher neuroticism and lower conscientiousness are associated with increased dementia risk, it cannot explain the “how” and “why” of these associations. Put differently, we did not examine any mechanisms that might underlie the observed associations. Many studies show that people can reduce their risk of cognitive decline and dementia by being physically active, staying connected with social activities, keeping one’s mind active, eating healthy foods, managing stress, and pursuing a purpose in life. Personality traits, in particular neuroticism and conscientiousness, are associated with all of these behaviors. Thus, it is likely that personality shapes dementia risk through a cascade of effects on various health behaviors. Moreover, personality predicts the accumulation of dementia neuropathology (that is, the lesions in the brain that tell us about the underlying pathological change).

In another meta-analysis (published in the journal Biological Psychiatry), we found more neuropathology (i.e., higher amounts of amyloid and tau deposits) in participants who scored higher in neuroticism and lower in conscientiousness. As such, lower neuroticism and higher conscientiousness might better support metabolic and immunological functions, and ultimately prevent or delay the neurodegenerative process. In sum, maintaining a healthy lifestyle is likely to have benefits, but whether it is a pathway underlying the personality-dementia association remains to be proven.

So, we showed that higher neuroticism and lower conscientiousness increase dementia risk by almost 25% — but what now? Well, this number is comparable with other health and behavioral factors related to dementia risk: For example, the risk of dementia is increased by 14% through physical inactivity, by 18% through diabetes, and by 30% through smoking. This underlines the importance of personality and indicates that personality could be considered when identifying at-risk individuals.

It is obvious that we have a lot more work ahead of us, not only in terms of finding a cure for dementia but also regarding the development of personality-tailored interventions as well as the research-to-practice-gap, so that suggested implications make their way into the public health sector. But until then, it probably does not harm if we stick to the small steps advice on cognitive health.