Increase in memory complaints in older adults: Does it reflect age-related memory decline and/or something else? 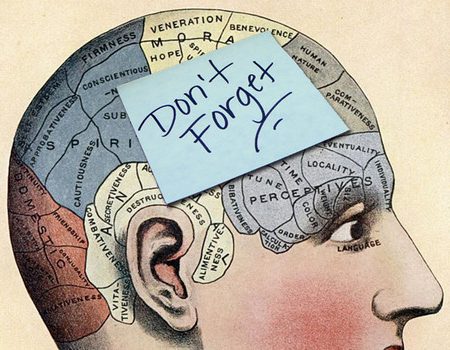 We all often blank on an acquaintance’s name or forget a phone number that we’ve just checked. When we’re young, we don’t pay much attention to these memory failures, but as we grow older, we become concerned more about what they mean. According to a new national survey (West Health Institute/NORC Survey on Aging on America: http://www.westhealth.org/press-release/worries-about-aging-loom-large-for-americans-over-30-survey-finds/), memory loss is one of the leading concern for 60+ Americans. Older adults often not only perceive memory failures but also frequently complain about the perceived memory failures. In fact, increase in memory complaints in older adults can be seen as a “normal” part of aging, which is associated with age-related memory decline. But memory complaints might be a possible indicator of more serious cognitive and functional deterioration, including dementia and Alzheimer’s disease. Aging researchers have thus been interested in studying memory complaints in older adults.

The type of memory complaints, depressive symptoms, and cognitive factors

However, many of previous studies have mainly relied on very brief and global assessments of subjective memory measured by participants’ responses on a limited number of items (e.g. “Over the past month, have you had difficulty with your memory?”). This measure may not be sensitive enough to detect subtle changes in memory and would simply reflect older adults’ general beliefs about their memory rather than actual changes in memory2.

The MFQ measures four different types of memory complaints: 1) Frequency of Forgetting (FF; How often do you forget names, faces, appointments, etc.?), 2) Seriousness of Forgetting (SF; When you actually forget those items, how serious of a problem do you consider the memory failure to be?), 3) Retrospective Functioning (RF; How is your memory compared to the way it was 1 year ago, 5 years ago, and so on?), and 4) Mnemonic Usage (MU; How often do you use techniques – e.g. keep an appointment book, make lists of things to do, etc. – to remind yourself about things?).

Interestingly, a pattern of relationships between cognitive factors and memory complaints also varies with the type of MFQ measure. In the same study4, older adults with higher cognitive functioning reported less frequent forgetting incidents (FF), although they tended to report a worse decline in memory (RF) and a more use of mnemonics (MU). The results indicates that older adults with better cognitive functioning might be more likely to notice declines in memory functioning and undertake compensating activities (e.g. use of mnemonics) to cope with the perceived memory problems.

What those findings mean and how we use them

Understanding how people perceive their own memory functioning can have important implications for assessing cognitive and clinical aspects in later life. Previous studies have demonstrated that the investigation of specific patterns between the type of memory complaints and depressive symptoms might allow us to differentiate individuals experiencing mild memory deficit from those with depressive symptoms. It means that investigators and clinicians should carefully examine if and how the associations between memory complaints, depressive symptoms, and cognitive factors vary with the specific type of memory complaints. More specifically, it appears that clinicians need to screen for depression when older clients present with complaints about frequent forgetting.

It is important to investigate where memory complaints come from, how older adults deal with this perceived memory decline, and how these are tied in with the individual’s well-being. Future studies could benefit from exploring activated neural pathways underlying the association between depressive symptoms, cognition, and memory complaints as well as the effect of aging on them.