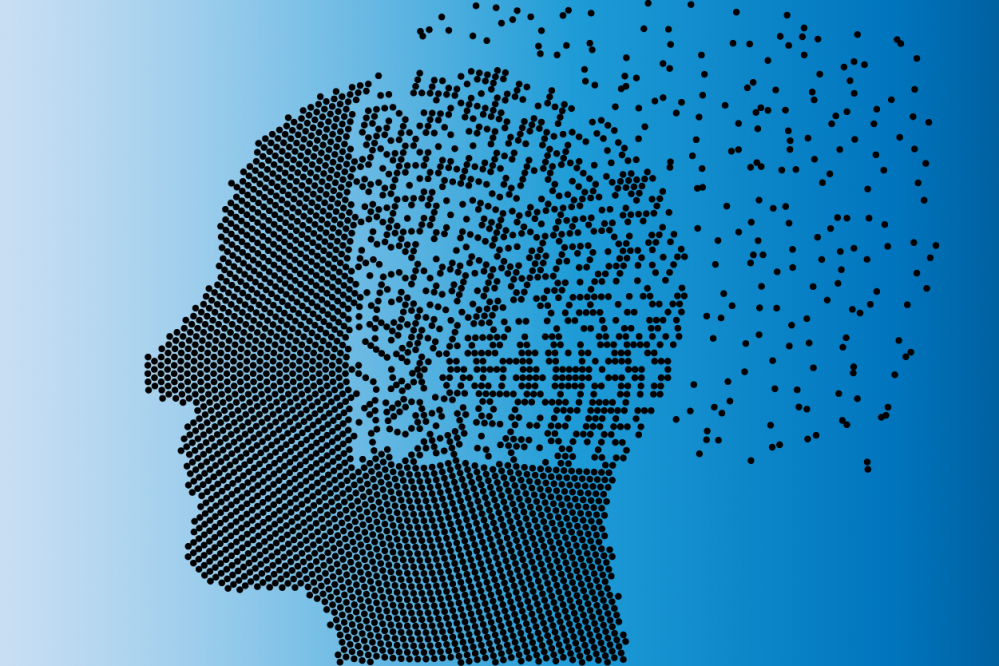 Aaron Wilber, Ph.D., is Assistant Professor in the Department of Psychology and is affiliated with the Program in Neuroscience. He is a Faculty Affiliate of the Institute for Successful Longevity.

Alzheimer’s disease is an incurable and progressive disease affecting millions of families around the world, leaving many of us (including me) with a personal connection to someone with the disease. One of the most striking impairments in Alzheimer’s disease is a loss of memories. Here I will describe some recent findings in my laboratory on this topic. This report is based on published and preliminary findings from work funded by the National Institute on Aging and by the Florida Department of Health.

Learning and remembering one’s environment to guide accurate navigation through space is essential for the survival of all animals, including humans. Such ability is thought to require, in part, access to an internal stored representation of space. It turns out that this ability is one of the first to be affected by Alzheimer’s disease as getting lost, particularly in new surroundings, is an early symptom of Alzheimer’s disease.

Work from my laboratory and others has shown that mice modeling aspects of Alzheimer’s disease and humans with Alzheimer’s disease both have similar impairments in navigating through space. This suggests the disease may be affecting the brain’s navigation and memory systems of both animals and humans in similar ways at this early stage.

A potential cause for failed Alzheimer’s treatments lies in the inherent difficulty in catching the disease before the brain has reached a point where it has become more difficult to recover lost function. Our work is focused on identifying early Alzheimer’s related changes in the brain and the ability to navigate our surroundings. The hope is that looking earlier in the disease progression will yield new insight into approaches for detecting and treating Alzheimer’s disease. We are also looking at later timepoints since more is known about later brain changes in Alzheimer’s disease.

One approach we have used is to examine possible mechanisms underlying the decline of memory in Alzheimer's disease and how these memory impairments may lead to getting lost in humans with Alzheimer’s disease.  To do this, we measured brain waves in mice that accumulate Tau and amyloid beta, a feature of Alzheimer’s disease in humans. We found that in these mice the way two parts of the brain, the parietal cortex and the hippocampus, interact during sleep may contribute to symptoms experienced by Alzheimer’s patients, such as impaired memory and getting lost in new surroundings.

The prevailing theory is that sleep is critical for memory at least in part because the brain may build connections better while we are sleeping. One way that this is thought to happen is that when you sleep, your brain plays back memories at high speed, usually six-to-seven times faster than they occurred in real life. If you have fallen asleep dreaming and it feels like a significant amount of time has passed when you wake up, this high-speed playback during sleep may explain why. That high-speed playback is thought to optimize your brain cells for building better connections.

This phenomenon of high-speed play back of activity patterns in the brain reflecting prior waking experience is referred to by some as “memory replay.” We set out to assess these activity patterns in mice modelling aspects of Alzheimer’s disease as a potential cause of the impaired ability to navigate their surroundings we had observed in these mice previously. The idea was that maybe this memory formation mechanism during sleep is altered in Alzheimer’s disease leading to impaired memory, including the memories necessary for navigating our surroundings. We found that the mice modeling aspects of Alzheimer’s disease had impaired functional interactions between the hippocampus and the parietal cortex.

The hippocampal formation is long been studied for its role in forming memories and is thought to be crucial for the storage of “episodic” memories, a type of memory of past experiences. The hippocampus is also thought to be important for coordinating with other parts of the brain, including the parietal cortex, in extracting general knowledge from these experiences. Surprisingly, a better predictor of impaired navigation and the first impairment to emerge in the Alzheimer’s mice was not the high-speed “memory replay” per se, but was instead the relative strength of the post-learning coupling between two brain regions known to be important for learning and memory: the hippocampus and the parietal cortex.

So where does this leave us? First, we designed our studies in mice so that our findings could be readily compared to measures in humans with or at risk for Alzheimer’s disease during sleep using a common technique, EEG recordings. This second important step will allow us to understand how well what we found in mice does (or does not) translate into what is observed in humans.

Second, we are now attempting to rescue the brain and behavior deficits we observed in mice using a novel stimulation method that has been shown to clear amyloid beta and Tau. Amyloid beta and Tau accumulate in humans and mice modeling these aspects of the human disease and seem to be the cause of brain and behavior impairments in Alzheimer’s disease. This non-invasive treatment is already in a clinical trial led by the group from Massachusetts Institute of Technology that developed it. Thus, offering some cautious optimism for the millions living worldwide with the disease.